Liposuction is a versatile procedure in that it can be performed on large (thighs, buttocks, abdomen, etc.) and small (chin, outer breasts, ankles, etc.) areas of the body. A tiny incision is made in the trouble area and a thin cannula is inserted into the incision to break up the fat deposits underneath the skin using a technique of controlled back and forth motion. Then, the excess fat from the treatment areas is suctioned out of the body via a surgical vacuum pump attached to the cannula. It’s important to note that fluid retention and swelling are common experiences following Liposuction procedures, but once that subsides improved body contour is apparent. It is encouraged for patients to keep healthy eating habits and exercise regularly to maintain the results lasting long after surgery. For patients wanting a more sculpted look, High-Def VASERlipo Etching may be a better option. 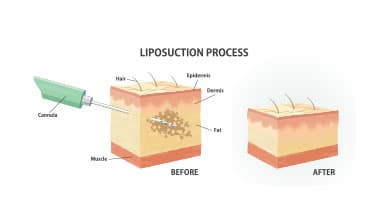 “I recently had liposuction and BBL with Dr. Salama and I give him and his team a very confident 5 star.  Dr. Salama has a serious and qualified team and their only goal and focus is on the patient and their satisfaction.”

There are several different methods of Liposuction that make it easier, safer, less invasive and less painful.

Power Assisted Liposuction (PAL) extracts fat via smaller incisions with a mechanical cannula, requiring less manual effort especially in fibrous body parts. Risks and complications are less than with manual lipo since this method is quicker to perform. PAL also tends to leave less bruising and has a shorter recovery time because it doesn’t employ much force to release the excess fat in patients. And, there are no accidental burns, as the procedure uses no heat. MicroAire’s PAL® LipoSculptor™ is a US patented instrument that surgeons use to perform PAL. Its trademark technique does not require as much physical effort as traditional lipoplasty, using reciprocating motion rather than rotating motion once the cannula is inside the tissue. This allows for a better experience for doctors as well as patients. Since the PAL® LipoSculptor does not require heat, as with ultrasonic and laser devices, there are no accidental burns.

Suction Assisted Liposuction (SAL), or traditional Liposuction, employs a pressure vacuum attached to a small cannula, which is manually operated by the plastic surgeon to suction the excess fat as it is broken up.

Ultrasonic Assisted Liposuction (UAL) uses ultrasound to disrupt the fat cells, making the removal of fat easier, reducing the chances of bleeding complications, trauma and bruising. The liquefied fat can be drained as its being liquefied or afterwards. This technique is seen as less traumatic and more efficient than other methods, and gives the doctor more control when contouring the body, producing softer, smoother results and better definition. It also produces more skin tightening during the post-operative period. This plastic surgery can be performed on both men and women, in the male breast area, abdomen and back.

Laser Liposuction, such Smart Lipo or Slim Lipo, uses a laser beam to disrupt the fatty tissue to prevent fat cells from storing more fat. The procedure helps remove localized fat in the chest, male breasts, abdomen, back, hips, thighs and knees. It is minimally invasive, which allows for a quick recovery and results in less bruising, inflammation and bleeding when compared to the traditional procedure.

Benefits and Risks of LipoWhat are the benefits and risks to getting liposuction?

There are both mental and physical benefits from Liposuction. It is considered a very effective and safe method of removal of excess body fat, especially from trouble areas that don’t respond to non-invasive treatments or exercise. Another benefit of lipo is the improved appearance of cellulite.

Suction Assisted Liposuction (SAL) risks include numbness, swelling and color changes in the treated area as well as irritation at the cannula insertion point. Fluid imbalance is another complication that may arise after the procedure. In some cases, persistent swelling may last for weeks or months after the procedure. Another risk is an embolism, detached fat that travels to the brain or lungs, or is trapped in blood vessels.

Minimal risks are associated with Power Assisted Liposuction (PAL) including uneven, wrinkled, and/or loose skin that can tighten over time. In addition, there may be moderate changes in the pigmentation of treated area.

While uncommon, the continuous ultrasound energy of Ultrasonic Assisted Liposuction (UAL) may cause the patient’s skin to burn.

As with UAL, Laser Liposuction can cause burning since it uses thermal energy. There are risks of blistering, infection and scarring as well. Skin irregularities, such as dimpling and wavy skin texture, and light or dark skin discoloration may also occur. The discoloration should fade with time, but may require additional treatment.

Ideal patients for Liposuction are healthy, smoke-free individuals, who have no serious medical conditions or life-threatening illness that may prevent the healing process. They also have a positive outlook on life. In order to be good candidates, patients must suffer from excess fat deposits and have a realistic vision for their body contouring.

RecoveryHow long does the recovery period after liposuction last?

The Liposuction recovery period ranges from a few days to several weeks. The initial stages can be especially uncomfortable due to possible swelling, numbness, burning and soreness, which makes taking care of the treated areas very important. To expedite recovery, reduce swelling and help shape the body, the doctor may recommend compression garments or wraps for several weeks or months after surgery. One to two days after surgery, the doctor will replace the bandages. Five to ten days after surgery, any sutures and drains will be removed. Eight to ten days after surgery, any stitches that did not dissolve will be removed. Compression garments may be removed a few weeks or months later. Doctors may prescribe antibiotics to avoid infection at the incision sites. Final results are visible once the swelling subsides.

While the cost of Liposuction may be an important factor, the quality should remain more important. Be careful not to let cheap lipo prices supersede good surgery. Our cost for Liposuction surgery includes surgical fees, operating room costs and anesthesia fees. Non-surgical fees include pre-operative exams, post operative garments and treatments like massages.

In addition to non-surgical fees, other variables that affect cost include:

The national average Liposuction cost ranges from $2,000 to $8,000 per area. It can also be offered as a package when combined with other surgical procedures, resulting in a lower cost for the plastic surgery. At Elite plastic surgery, lipo prices begin at $3,000 and financing is available.

GalleryClick and Drag to see Results

If you are interested in learning more about Liposuction or in scheduling an appointment, please contact us today for more information. 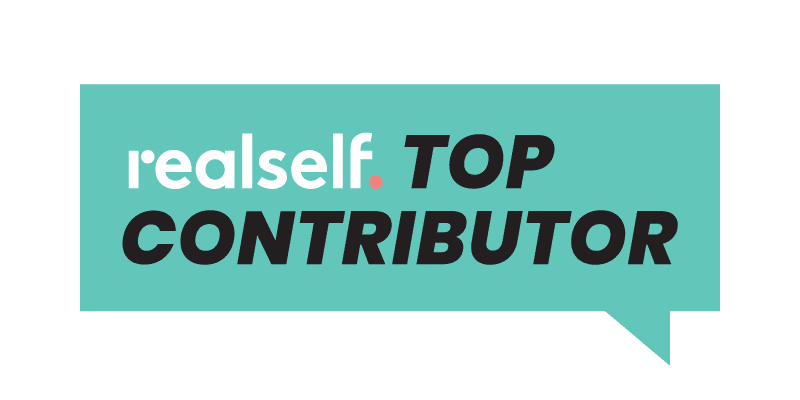